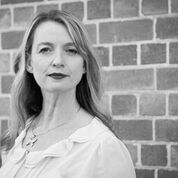 Karen Stanley is a highly experienced lawyer, specialising in Criminal, Traffic and Firearms Law.  She is a skilled trial advocate and runs cases from beginning to end, taking initial instructions and providing advice right up to representing clients at trial.

Karen’s passion has always been the Criminal Law, and after initially commencing legal practice with Minter Ellison in Adelaide, a relocation to Queensland in 2003 gave her the opportunity to pursue her passion as a Prosecutor with the Queensland DPP.  Karen was involved in the prosecution of serious and complex crimes, particularly offending against children and historical sex offences.  She was known for her strong empathy towards the victims and her willingness to fight hard for justice.

Having been a very successful prosecutor Karen came to the realisation that the fight for justice requires strong advocates on both sides of the bar table, and that without passionate defence lawyers, innocent people were potentially in danger of suffering injustice at the hands of the complicated and at times overwhelming criminal justice system.

Karen saw that her real strength lay in her ability to apply the skills she had gained working as a Prosecutor and to use those skills advantageously for her clients as a criminal defence lawyer.  On her return to South Australia, Karen was a criminal law specialist at Websters Lawyers for several years before establishing her own firm, Stanley Law, in March 2017.

Karen’s speciality is the technical aspects of traffic law, particularly when calibrated detection devices are used.  Karen has run a number of successful Supreme Court appeals, arguing technical deficiencies in the prosecution case which has ultimately led to an acquittal, or withdrawal of charges for her clients.

Karen’s results are outstanding.  She has developed an excellent working relationship with and the mutual respect of both prosecutors and Court staff.  She has a very high success rate in having charges against clients either withdrawn or downgraded because she is able to negotiate with prosecution, highlighting technical issues early on, which means that charges are often resolved well before trial, resulting in early resolution and considerable costs savings to her clients.  She is known for her pragmatic, honest and straightforward advice.  She calls it as she sees it.  She strongly believes in defending the rights of people, and ensuring that police don’t overstep their powers.  She  is not afraid of taking a fight all the way, as evidenced by a number of successful Supreme Court appeals.

Karen provides legal comment on traffic law issues to the media and is often called on by journalists for advice on the technicalities of the criminal law as background to their stories.

Karen is highly involved in the legal community and is a member of a number of Law Society committees, including the Criminal Law Committee and the Advocacy Committee.